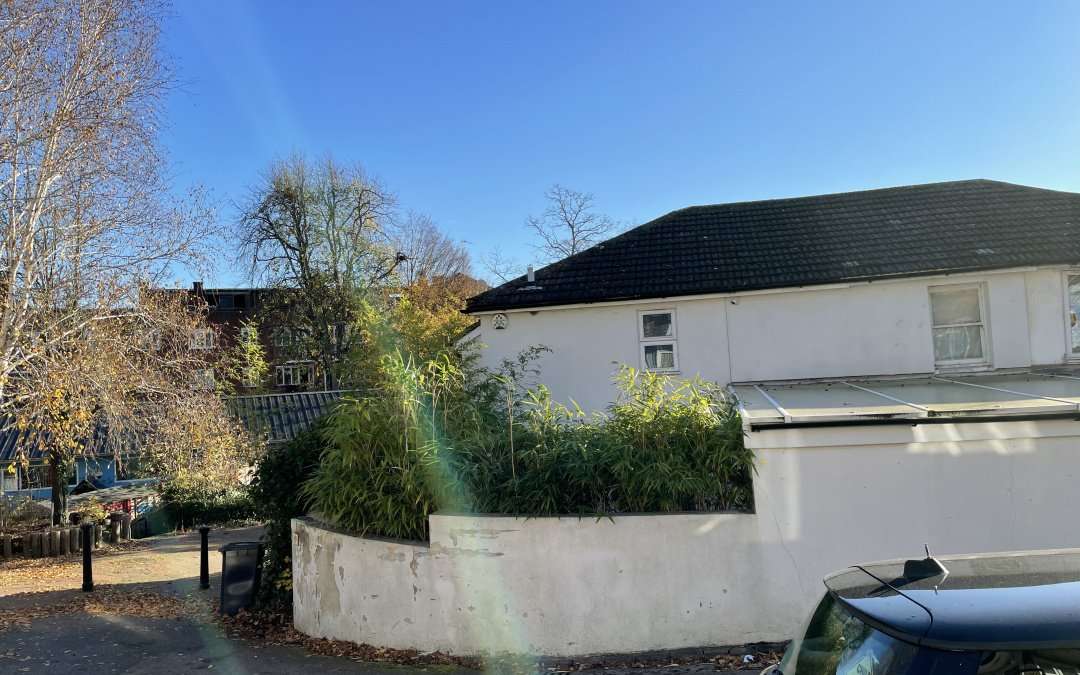 Single storey front side house extension Barnet N2 – We proposed the addition of a single storey front / side extension that set back from the front boundary wall and in line with the front elevation to create an improved access to this single family dwelling and an additional guest bedroom as well. As part of this application we also proposed the replacement of the existing polycarbonate roof with a new flat roof of a similar height; associated works were necessary to increase the height of the shared boundary wall with the adjacent property.

We are happy to announce that we have successfully obtained planning approval to extend this single family dwelling in Barnet N2. This is what the planners said in their report on our proposals:

“The property as existing has an L-shaped footprint due to a previously built two storey side extension. The host site and adjoining neighbouring property at no. 10 Red Lion Hill benefit from single storey front extensions adjacent to along street level of Red Lion Hill. The current application seeks permission to add a front/side extension along this street level which would bring the side elevation wall in line with the previous two storey addition and infill a front courtyard area. The proposed extension would measure approximately 3.7 metres in depth and 4.7 metres in width. It is also proposed to replace the existing polycarbontate roof with a new flat roof.

The proposed extension is considered to be a subordinate addition which would sit comfortably within the streetscene. The surrounding area is of a mixed character and there is not a consistent character and as such the proposed extension is considered to have an acceptable impact. The plans indicate that the materials to be used will match the existing rendered walls of the application site.

The adjoining property at no. 10 Lion Hill also benefits from a single storey extension of similar design to that existing at the host site. The proposed extension would be site behind the existing front extension to the host site which sits adjacent to the boundary with the neighbouring property. The proposal includes the replacement of the existing roof over the existing part width front extension with a flat roof design. The plans indicate that the boundary wall between these neighbouring properties will be raised to allow for this design. The proposal is not considered to cause detrimental harm to the amenities of the neighbouring occupiers of no. 10 Red Lion Hill. The applicant is reminded that the provisions of The Party Wall etc. Act 1996 may be applicable to this scheme.

Having taken all material considerations into account, it is considered that subject to compliance with the attached conditions, the proposed development would have an acceptable impact on the character and appearance of the application site, the street scene and the locality. The development is not considered to have an adverse impact on the amenities of neighbouring occupiers. This application is therefore recommended for approval.”